Clutching a strip of five superheroes:

…we were invited to give one card to ourselves and each wrote our name on it. 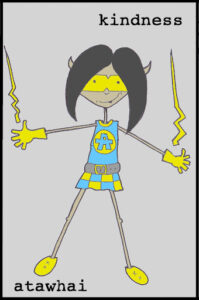 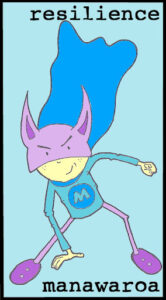 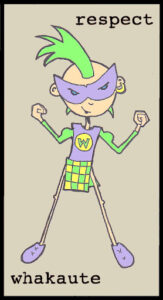 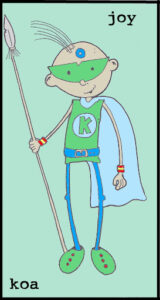 What an interesting provocation. Which card would you have given yourself?

After deliberating this, the challenge progressed. We were then invited to assign a new card to someone else in the room.

On gifting the second superhero card, we were also instructed to follow it up with a kōrero about why we had seen that colleague as a hero to us, and why we had given them that particular superpower.

Teachers being encouraged to look at their colleagues for inspiration; teachers being each other’s role models – the excitement was palpable.

Between the whispers, awkward smiles, giggles and joy, tears began welling in my eyes as I captured the voices around me. The voices were sincere, the messages concrete. Some became role models; others became sweet talkers. Emotions choked me, as I discreetly dried my eyes and swallowed down the lump in my throat.

Moving on, the rest of the staff meeting contained messages of collective efficacy and hope.

I want you to take turns to be someone else’s light.

I want you to pause and celebrate each other’s strengths – time to create our own stories full of optimism and warmth.

By educator and writer, Rebecca Thomas