The Teaching Council has launched a campaign that gives teachers the tools and support to identify, confront and dismantle racism.

It acknowledges their position to lead change and make a difference for children and young people facing prejudice and bias based on ethnicity.

An app and online resources are available to support teachers with self-reflection as well as having frank, open conversations about racism with colleagues. No individual data will be collected.

Teaching Council chief executive Lesley Hoskin says addressing racism is a journey the entire country is on. It’s not only an educational issue, but in schools, kura and early childhood education centres bias and prejudice will either be confirmed, or it will be challenged.

“This isn’t new ground for teachers. Many teachers are already doing so much to celebrate diversity and ensure children and young people feel they belong and are valued – crucial factors for success. Unteach Racism builds on, and supports, this work,” Hoskin says.

“This campaign is in three parts – identify, confront and dismantle racism. We start with identify and confront. It might feel scary or uncomfortable at times but it’s incredibly important.

“Dismantle will follow later; it will be developed again in collaboration with experts and the teaching profession.” 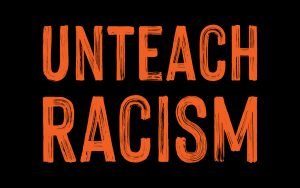 Unteach Racism uses an interactive app, a dedicated website with resources and an exclusive teachers-only online platform for teachers to have conversations about racism. It is optional for teachers and not intended to be taught to students. 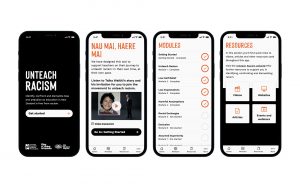 “Unteach Racism is a ripple in the wider efforts to dismantle racism in Aotearoa. But it’s these ripples that build a current of change, which in time, may sweep away the prejudices that exist in our society,” Hoskin says.

Waititi invites teachers to ‘unteach racism’ in a video where he tells the story of 8-year-old Taika being taught harsh lessons by society while at school. Young Waititi was accused of sniffing glue, stealing lunches and low expectations in English – but it was two teachers who convinced him society was wrong; they taught him his worth.

Waititi invites teachers to join the movement, “As teachers you have the real-life ability to make a difference for kids in the face of racism… You have the power to unteach racism. Will you?”