Sir Ken Robinson’s TED talks on creativity and education have been viewed by 400 million people in over 160 countries. Now he’s talking to New Zealand… 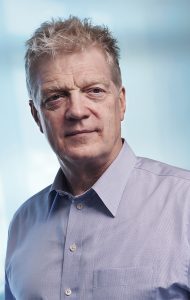 On March 19 and 20, he’ll be on the ground in New Zealand delivering two conferences: ‘Creative schools; revolutionising education’ and ‘Cultivating a culture of creativity and innovation.’ The visit coincides with the publication of his latest book, You, Your Child and School: Navigate Your Way to the Best Education.

He recently spoke about his views to Elly Strang of Idealog, Newstalk ZB’s Mike Hosking, and RNZ’s Wallace Chapman – the latter will air Sunday March 4 at 11.04am.

Robinson believes that stripping children of creative capability through an outdated, one-size-fits-all education system sees them grow up with a divergent thinking deficit.

“Everyone has profound creative powers” says Robinson. “But we have to develop them. If you want people to innovate, you have to give them the skills to do that.”

He described the educational imbalance that he wants to see revolutionised to Ms Strang.

“There’s ideas of utility and of two types of subjects in schools: useful ones and, as it were, useless subjects. You see that very practically in the way it’s organised – high stakes [are] languages, math and science, low stakes are physical health, art and music. Why is that apartheid built into the education system?

“It’s because some subjects are thought to have more direct bearing on economic success. You need maths and science to get a good job, you don’t need art or music unless you’re being a musician. There’s an assumption of utility, which I think is mistaken. There’s an idea that science and maths are hard disciplines, while physical education and the arts are softer disciplines – softer skills.”

Sir Ken describes building a culture of innovation as requiring three things: imagination, creativity (applied imagination) and innovation (putting good ideas into practice.) He often likens the development of such a culture to nature; a farmer provides the conditions under which seeds grow, but nurtured with incompatible conditions, the seeds will simply lay dormant in the soil.

Today’s education system is that incompatible set of conditions and at the heart of them is the fear of being wrong.

“What we do know is, if you’re not prepared to be wrong, you’ll never come up with anything original. By the time they get to be adults, most kids have lost that capacity. They have become frightened of being wrong. And we run our companies like this, by the way. We stigmatize mistakes. And we’re now running national education systems where mistakes are the worst thing you can make” says Robinson.

The LA-based professor has a breadth of scholarly and pioneering experience to draw on. He led this debate as Director of the Arts in Schools Project in England and Wales. Working with more than 2,000 teachers, artists and administrators in the mid to late 1980’s, the project influenced the formulation of the National Curriculum in England.

His international career followed quickly; today he is included in Thinkers50 list of the world’s leading business thinkers and has been named one of TIME/Fortune/CNN’s Principal Voices.

Sir Ken’s achievements also include a number of bestselling books. In 2009 he published The Element: How Finding Your Passion Changes Everything – it became a New York Times best seller and is now translated into 23 languages. The third edition of his classic book Out of Our Minds: The Power of Being Creative, was published in Autumn 2017. Finding Your Element: How to Discover Your Talents and Passions and Transform Your Life joined the NYT best sellers stable in 2013 and Creative Schools: The Grassroots Revolution That’s Transforming Education hit the shelves in 2015.

The career-path he trod to deliver this wisdom might seem illustrious, but Robinson’s lofty position as one of the world’s most popular thought leaders is built on some very gritty foundations. From a Liverpudlian working class family of 9, Sir Ken contracted polio at 4-year’s old and in his early years, was schooled accordingly. Around the same time his father was rendered quadriplegic in an industrial accident.

And yet this adversity produced one of the world’s most decorated speakers. As well as holding the title of Emeritus Professor at Warwick University, his credentials are populated with a string of honorary degrees and awards that complement his original doctorate from the University of London. In 2003, he received a knighthood from Queen Elizabeth II for services to the arts.

Vote for education charities to benefit from $1m fund