You might not think that drinking tap water could be hazardous in New Zealand,

where for several months of the year we often seem to have a surplus of nice, clean rain falling on us from the sky.

But many schools do not have the benefit of drawing their water from large dams administered and cared for by specialist staff whose job is solely to make sure their product is of the highest quality. A considerable number of our schools draw their water from the ground and, particularly in rural areas, pollution is always possible.

However, even in the best of big city schools, no matter how clean the water pumped into their reticulation system might be, if their plumbing contains contaminants, so will the drinking water. The results could be serious. If one child becomes sick, it is very likely many will.

The Ministry of Health takes these risks extremely seriously for the whole population. Its emphasis is on the microbiological. Its guidelines state that while chemical contamination is always a risk, it is usually a very small one.

The Ministry says that throughout the world, including New Zealand, “By far the most common problems arise from microbiological contamination of the source waters. Animal, bird and even human effluent, introduced in one way or another upstream from a water supply, can make that water unfit for consumption. Bacteria have always been of major concern, while protozoa such as Giardia and Cryptosporidium are increasingly being highlighted as causing ill health through drinking-water.”

The Ministry says there are two ways of minimising the risk from microbiological contaminants:

1. Keep the source as clean as possible, by protecting the catchment and minimising the possibility of contamination.

2. Treat the water to destroy any contaminants introduced.

“The most successful approach is to use both of these, and to regularly monitor the water quality to demonstrate that any risks are being controlled. Good systematic and ongoing risk management is important.”

New Zealand has relatively high rates of largely preventable enteric or gastro-intestinal disease. For example, the campylobacteriosis rate here is twice that of England and three times that of Australia and Canada. This is at least partly attributable to contamination of drinking water. Campylobacteriosis – which is just one of the potentially waterborne diseases in New Zealand – can involve fever, headache, abdominal pain, nausea, vomiting and as many as 10 watery, often bloody, bowel movements daily.

Symptoms may persist for up to a week and prolonged illness or relapses may occur in adults.

To date, New Zealand has been more fortunate than some other countries that have sophisticated water treatment, such as the United States and Canada, where contamination of urban water supplies has led to thousands of cases of sickness and a number of deaths. Apart from the 3500 people who became sick in Queenstown in 1984 because of contaminated drinking water, most outbreaks have been on a small scale, involving less than 100 cases – for example:

• 67 cases of campylobacteriosis at Wainui in 1997

• 213 known cases of acute gastroenteritis due to norovirus at Cardrona skifield in July 2006.

There was also contamination of the Masterton town water supply by cryptosporidiosis during July and August 2003. But in many cases of stomach upsets that are not referred to a medical practitioner, the connection with drinking water might never be drawn.

To control waterborne disease in New Zealand the Ministry of Health introduced drinking-water standards in 1995 and has updated them twice since. The newest version – the Drinking-Water Standards for New Zealand 2005 (DWSNZ 05), includes new sections on small water supplies and amendments to compliance criteria for protozoa (e.g. Cryptosporidium and Giardia) and bacteria (e.g. E. coli).

Under a term of the Ministry of Education’s Health and Safety Code of Practice, school boards of trustees are responsible for ensuring there is sufficient fresh water for drinking, washing and all other school purposes.

“All schools should ensure that procedures are in place to meet the requirements of this policy statement and ensure that they have taken all steps necessary to make their school water supply safe,” the guidelines say.

Further information can be obtained from Ministry of Education local offices. 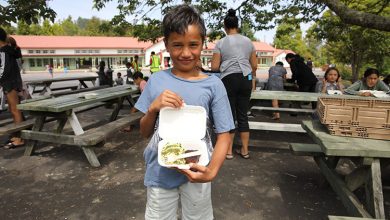 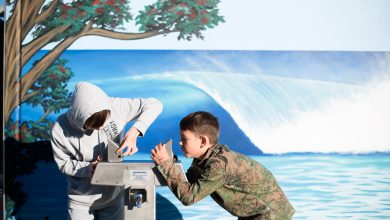 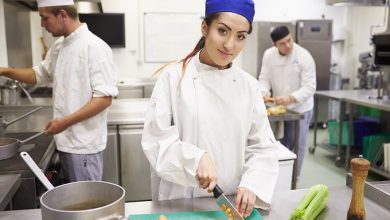 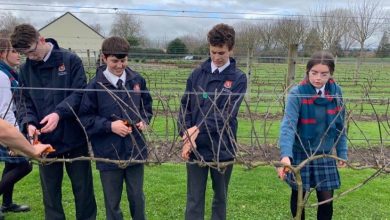