Wearing a coloured scarf so it made it more apparent who your fellow team members should pass the ball to, was an early example of a sports team ‘uniform’ used on the football field back in the mid-19th century.

The original Olympians wore even less of a uniform – some competed entirely naked! At the very first known Olympic Games, in 776 BCE, athlete Orsippos began a race wearing a traditional athletic loincloth garment, which fell off mid-race. He went on win, without clothing, reportedly starting a new Greek tradition that then began to differentiate the Greek competitors from neighbouring civilizations who apparently found the naked look unacceptable.

In the Olympics’ modern era, 1908 was when uniforms were first provided to participants. Competitors had to wear ‘a sleeved jersey’ and ‘loose drawers to the knees’, as well as a number to distinguish them in their chosen event.

Wool continued to be worn until the textile boom of the mid-20th century saw a range of modern, practical fabrics introduced that better suited sporting activity. The advent of synthetic fabrics brought sports uniforms that began to resemble something near to what we have today, with thinner polyester and nylon materials used for their practical benefits, being co-ordinated in matching team colours.

Unity is key to any team and uniform plays an important part in creating that. Strong camaraderie and team spirit can be akin to having an extra player on your team and wearing colours that not only match, but that have a sense of history and belonging, can give players a sense of heritage and provide that extra one-percent boost.

When you’re playing for each other and playing for pride of a team, club or school, it encourages players to think beyond themselves and work together for the greater good. Team uniform encourages the unity of the team and can keep players motivated to perform better on the field. This, in turn, can increase enthusiasm and the desire to succeed. Without a uniform, there would not only be less unity and allegiance – there would be on-field chaos!

Equality is a factor in team success and a matching sports uniform can help create this sense of equality among players. Every member of a sports team – including coaches and managers – plays a role in the success of the team. So, wearing an identical uniform promotes a sense of equality; it shares the message that every member of the squad is equally important. Isn’t that what teamwork is all about? By wearing the team uniform, individual players shed their usual separate visual clothing identity and become one unit. Whatever they do – win, lose or draw – they do as a unified team and not as individuals. The team kit helps cement that belief.

Creating a visual identity and distinguishing players of different teams is not only a practical necessity for performance reasons, but also allows supporters to buy in to that brand identity too. The identities of individuals can be displayed with named shirts, or players can choose or be allocated numbers. This can sometimes have a positive influence on mindset, with some people believing particular numbers to be lucky or significant for them.

Fans may wish to show their support of a particular player by having their name of number on their supporters’ jersey too. And it’s not just playing shirts and shorts that schools need to consider – training jerseys, hoodies, sports jackets, socks and sports bags are also now commonplace in the school P.E. uniform shop.

Fabrics, like designs, are ever evolving and the space age ‘smart fabrics’ used in sports clothing today would appear completely alien to the early 20th century wool-wearers. So-called ‘skins’ and other compression wear have physiological and potential performance benefits. More and more, we’re see clothing used to track and monitor performance.

In her research paper, Skin in the game: the use of sensing smart fabrics in tennis costume as a means of analyzing performance, Tara Chittenden writes, “Advances in fabric science mean it is now possible not just to look at a costume, but to look through it, via biometric capture, to a performance realized within data space.” She quotes Pailes-Friedman, “…what makes smart fabrics revolutionary is that they have the ability to do many things that traditional fabrics cannot, including communicate, transform, conduct energy and even grow” (Gaddis 2014).

Durability, while not such an issue for the heavily sponsored, wear-it-once professional athlete, is key to a budget conscious school sports department. The wear and tear – quite literally – of the sports kit needs to be considered in any purchasing decision. Thankfully, the high-performance materials of today are made to last – notwithstanding the odd over-zealous rugby tackle. 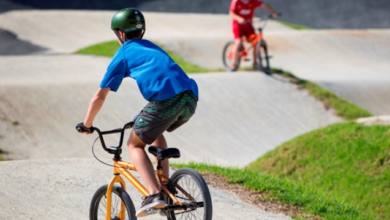