Current Ako Mātātupu Teach First NZ cohort teacher Airana Ngarewa is a national martial arts champion across many disciplines. He’s hung up his gi in favour of taking his sporting drive much further than the mat.

Growing up in the small town of Pātea in Taranaki, Airana was such a regular visitor to his principal’s office that the adjoining hallway where he spent many hours during his school years waiting, became known as ‘Airana’s Hallway’.

“It’s safe to say I was not a good pupil at school! I was a very troubled student,” he recalls.

His hometown was a place of very low income, with the societal challenges that so often come hand in hand with that – today, the average annual household income is $19,000.

His paternal grandmother, Colleen Ngarewa, was the school janitor at Pātea Primary School. “She studied to become a teacher and went on to become the principal at that school.”

Witnessing her rise had a profound impact…

“She’s a very, very powerful figure in my life. She had stroke before I was born and has been soldiering on for over 26 years: half her body is paralysed, but her mana wahine and her spirit are still alive.”

Airana attended Hāwera Intermediate and High School where his interest at school lay purely in P.E. “Twenty years ago, the education system was a little more traditional. High school wasn’t a place where I could thrive, with my unique temperament and skills,” he smiles.

He excelled at sport and followed his mother’s interest in martial arts – she won national and Australasian titles and was selected to compete at the Kyokushin Karate world championships. An injury sadly side-lined her, meaning she was unable to live out that dream. Airana was a 2016 Manawatu Young Sportsman of the Year finalist and achieved an incredible haul of six national martial arts titles across karate, Brazilian ju-jitsu, Tae Kwon Do, Kyokushin Karate and Olympic freestyle wrestling.

Given his exceptional sporting ability, a school counsellor recommended Airana embark on further study in P.E. “At my mum’s insistence, I was sent away to university straight from school. The counsellor hadn’t considered any other of my aptitudes and passions. I was good at sport, so I should go and study it.” Consequently, he went to Massey University in Palmerston North to study sports science and exercise. “I found myself most interested in sociology and anthropology, however. I didn’t know what I wanted to do: whether I should train to be a personal trainer, a sports coach or try to become a professional athlete – that was certainly on my mind and could have been an option. But I began to become quite disillusioned with the world of sport; it felt like a selfish, individual, thing to do. I’d thought maybe I could help inspire the next generation coming through, but then I started feel it was a bit pointless.”

Looking for something new, a pivotal conversation with his Aunt Nicola combined with this disillusionment of sport, his interest in anthropology and sociology and the teaching influences paving the way within his whanau. Nicola Ngarewa, principal of Pātea Area School, “brought me in to do some admin work at the school,” says Airana. “She brought Ako Mātātupu – this amazing organisation – to my attention. She told me to look into it and it’s been all go since!”

Airana ran with the suggestion and dived into a period of intensive training, during which time he developed a rich understanding of his purpose. “There are extended conversations that happen over a summer intensive nine-week introduction to the programme; into study, into education, into transforming the classroom into a place of promise and possibility. It involved reading all the contemporary thinkers on education and come to terms with indigenous pedagogies and ways of seeing the world and thinking.”

“One of Ako Mātātupu’s philosophies is, ‘If we can revolutionise initial teacher education, we can transform schooling.’ If the people going into schools are well-read, come in with the right heart, the right intent and the right grit, then schools will transform just by the very fact of their being there.”

Airana had developed relationships, and had been having conversations wit, staff, leadership and students Spotswood College in New Plymouth throughout his training. When he was given a teaching position at the college, he became one of only eight percent of Ako Mātātupu applicants to be accepted onto the two-year initial teacher placement (80 out of every 1000 applicants are chosen onto the programme, says Airana). 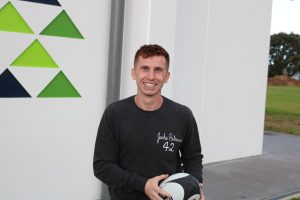 He has been at the decile five secondary school since the start of 2020 and will officially graduate from Ako Mātātupu in November. He says, “Though the decile is somewhat misrepresented by the actual status of a great many of our learners.” And he hit the ground running – intent on making as positive an impact as he could, as quickly as he could.

“You’ll be providing not only a positive example for your students on how a teacher should interact with them and the expectations around that, but for your peers as well, and for your leadership. I’ve certainly found that here at Spotswood College. I’ve been taken in very, very warmly and I’ve been offered a plethora of opportunities to present to the staff and visiting schools.”

“We have to expect of ourselves [as teachers] that we make an active attempt to ensure that everything we teach is connected to their overall life experience.”

Developing strong relationships, understanding, and relevance in order to make the classroom a place of promise and possibility is Airana’s overarching aim.

“I love that term, ‘promise and possibility’. It’s easy, in the everyday grind, for us to lose that perspective. It’s easy to get caught up in the classroom management, in getting the assignments done, in everything that’s expected of a teacher and to forget that this is, optimally, what we want for our kids: to manifest their potential, to carve out a space for them in education, for them to feel at home here, for them to want to be here, to connect their learning to their overall life experience and their interests and aptitudes and passions, to make learning active and immediately meaningful. Rather than telling them it’s going to mean something to you in ten years’ time.”

Airana articulates his love of his new profession in a very engaging, eloquent way. The difference he is already making through his mana and his mahi is real and far-reaching. “Teaching is great. Hanging out with the local kids is great. I like to go down to the local basketball court and catch up with the kids there as well. When they see your car pull up, they’ll flood down to come and say hi and shake your hand or give you a hug.

“Kids who’ve left the school come down and tell you what they’re up to. I had a boy just yesterday who came over to shake my hand and tell me about the work he was doing now he’d left school. He told me how much harder working was than school; that he was working 60 hours a week and had just got his learners’ licence. This is something we’d put on really fiercely in the classroom – that this licensing stuff is really important to have. He was proud to report that goal we’d put in place had been completed,” he smiles. 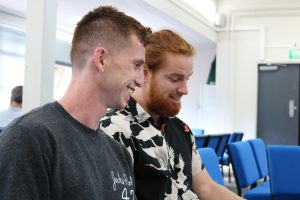 Airana explains how Spotswood College is a co-ed, co-curricular school, so his specialist subject areas of PE, science and maths are taught in a way that constantly connects with learners’ experience. He feels it’s vital to teach in a way that shows the strengths and importance of subjects in connection with what social scientist and author Paul Willis calls ‘real knowledge’ – the knowledge learners desire and feel they need.

“Kids don’t live their lives in very segregated ways, so it doesn’t make sense that their learning is segregated in that manner either,” says Airana. “In order for that learning to be true to life, it has to blur those boundaries, because they are not as strict as some would have you believe.”

What used to drive Airana to succeed on the martial arts mat now drives him, not for individual success, but for wider, meaningful change.

He says, “My driving force has always been to ask, where do I want to be in order to be able to make the maximum amount of change? How can I best optimise that change-making potential I have and that my learners have? That’s what guides me most and that’s what leads me to jump at these sorts of opportunities, such as this interview, to share the good word and to pay thanks to Spotswood College and Ako Mātātupu for the way they’ve looked after me. And to pay thanks to persons such as yourself, who allow me the opportunity to speak to these sorts of things that aren’t often highlighted in education. Sometimes we focus too much on the political aspects of education, rather than the real meaning making aspect that happens every day in the classroom.

“Beyond me, I think it’s important to acknowledge that what Ako Mātātupu is doing in terms of initial teacher education is totally transformative and totally revolutionary.”

Transforming and revolutionising young lives is the force for good Airana shares with the organisation that set him on this new path. He, and the young people of Taranaki, are all the richer for it. 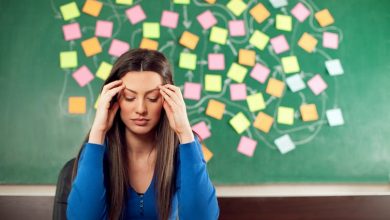 Next steps for international education rebuild

SAMSUNG SOLVE FOR TOMORROW – Inspiring the next generation of kiwi innovators

Why are sports hall acoustics important?