The horrific stats on New Zealand’s youth suicide rates indicate a strong link between suicidal ideation and bullying. It raises the question, what can we do?

For a start, talk about it. When we think about our incredible country, we focus on its beautiful seasons, landscapes and proud people, but there is a dark side to every light and we need to recognise that, as a community. Many New Zealanders struggle with suicidal ideation, especially our youth.

A recent Unicef report, as reported on by the BBC, uncovered shocking news that New Zealand has the highest youth suicide rate in the developed world.

Depressingly, it’s not the first time we topped a table: Unicef also found our youth suicide rate – in teenagers between 15 and 19 – is the highest of 41 OECD and EU countries. 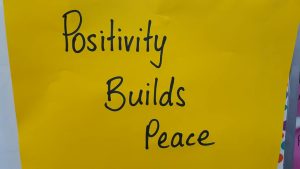 Deep breath… the bad news doesn’t stop there. New Zealand is the second-worst country (of 70 countries surveyed) for bullying in schools according to an OECD report. Twenty-six percent of 15-year-olds in New Zealand reported experiencing at least one of six bullying behaviours a few times a month.

So, we have some of the world’s highest records for youth suicide and bullying… Is there a correlation?

That is a complex issue: statistics also reveal that suicide rates are highest for young Maori and Pacific Islander men, and that poverty and family violence are also factors. Bullying stands out as a persistent precursor to anxiety, low self-esteem, and a trigger for depression.

Occasionally, you hear the media talk about “a snowflake generation” because as long as there have been schools and students, there have been bullies, right? Sticks and stones can break your bones, but words can never hurt you, right? Wrong, according to school students. Who describe how “verbal mistreatment is the biggest bullying issue in schools”; that is, “higher than cyberbullying, social or relational bullying such as social exclusion and spreading gossip, or physical bullying”. These insights come from a long-running national statistics education project for primary and secondary school students, called CensusAtSchool/TataurangaKiTeKura.

Added to this miserable mix is the advent of cyberbullying: 31 percent of students who took part in the census agreed that cyberbullying was a problem at their school. This is something that didn’t exist for previous generations, and it all adds up to paint a nasty picture. One that we should recognise adults cannot fully relate to: schoolchildren now face types of humiliation online that did not exist five, 10 or 20 years ago. The internet has created a whole new genre of bullying, so how can schools get to the root of the issue and help students avoid becoming a statistic?

Our political leaders acknowledge that bullying on any medium has no place in New Zealand, but is the government doing enough? Anti-bullying is a message that has long been taught in schools, with students urged to say ‘no’ to bullying and not be bystanders but schools must do more. The message is clear that children, parents, and schools need an elevated level of backing from authorities, social media and the whole community (it takes a village) to create a next-level solution.

Some measures have already been introduced at a national level to specifically deal with cyberbullying but do these initiatives actually trickle down to the child in the playground? The launch of public campaigns certainly seek to galvanise communities, while hosting antibullying days at schools are a good way to keep kindness on the forefront of students’ minds.

BullyingFree.NZ is the latest initiative from the Bullying Prevention Advisory Group, which is a collaboration between different government agencies and organisations committed to reducing bullying in NZ schools. The website some of the experiences schools and students have shared as well as bullying prevention research, resources, and interactive tools. In May 2018 the theme was Let’s Talk About It! Talking is critical as a way to help children speak out about and against bullying, as well as understand what it looks like, where it comes from and learn how they can deal with the emotions involved. Talking, in general, is also a good way to build bonds amongst students. Lunchtimes can be scary for children with social anxiety or fears about bullying but if schools work on creating opportunities for socialisation amongst small groups of children during the day or outside school-hours this might be a way to help build a strong peer-group bond.

Most schools do have antibullying policies and procedures in place, with clear steps for teachers to follow if bullying does happen. But it can be difficult to spot in the early stages and know when to step in. Badly managed bullying behaviour impacts the whole school community and can have detrimental effects on health, wellbeing, and learning. Remember, both the target and initiator of bullying are at increased risk of tragic consequences and not all kids are vocal about the level of bullying they experience.

Antibullying strategies that have been shown to work include:

Strategies that have been proven less effective include:

Big, bold ideas to change NCEA – do you agree?